is the sister station of WMUZ 103.5 FM, WMUZ AM 1200 and WCHB 1340FM, serving the Detroit metro area. The station broadcasts in AM Stereo with 500 Watts daytime power and 14 Watts nighttime power from a transmitter located in Ferndale, MI. Its low dial position and strongly directional signal give the station good coverage of the Detroit market, despite the low wattage.

AM560’s history begins in 1956 as WMIC, featuring rock & roll music programming. Three years later, in 1959, the call letters were changed to WQTE and the format was flipped to Adult Contemporary followed by Top-40 in 1960. Only a year later, the WQTE made the move to an Easy Listening format which proved to be successful.

In 1974, the station was purchased by Greater Media which changed the call letters to WHND “Honey Radio”, shadowcasting their FM station WHNE featuring oldies rock & roll. Later, in 1976, WHNE 94.7FM’s format was changed to Adult Contemporary, leaving WHND AM560 as the standalone oldies station.

1996 meant more change to the AM560 dial location and the end of WHND “Honey Radio”. The station transitioned to WLLZ, featuring a variety of Spanish-language programming, some old “Honey Radio” programming, and Smooth Jazz.

In June of 1997, AM560 was purchased by Crawford Broadcasting who changed the format to Christian Talk as “AM 560, the WMUZ Word Station”. On August 11th, 2003, the call letters were officially changed to WRDT.

Today, WRDT serves up the best in Christian and conservative talk including Defending the Truth with Bob Dutko, weekdays from 2:00 pm to 3:00pm and from 4:00 pm to 5:00 pm every weekday on WRDT.

An honest review of what’s happening in our world 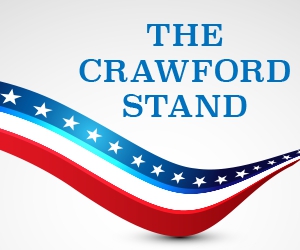 It was 1992 when, liberal and progressive voices, both secular and religious became loud and shrill, and even dominate. Those same liberals and progressives, often radical, were determined to change the old, the tried and proven America which we love. We determined as a matter of company policy that we would stand up, and do our very best to protect, preserve and defend the America in which we believed and which we loved.

We have the same love, conviction, and determination to protect the freedoms, principles, and ideals of the very exceptional AMERICA.

We, therefore, took a STAND for GOD AND COUNTRY! 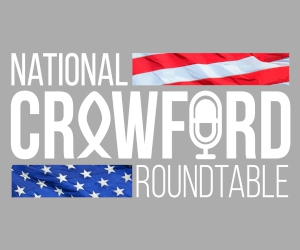 We’ve put together a powerful panel of hosts to give you an honest review of what’s happening in our world.

Produced by the Crawford Broadcasting Company, the National Crawford Roundtable will include current events, hard news, cultural ideas and more. All with no left wing agenda.

WRDT AM560, "The Word AM 560, Detroit's Christian Talk", is the sister station of WMUZ 103.5 FM, WMUZ 1200 AM and WCHB AM1340, serving the Detroit metro area. The station broadcasts in AM Stereo with 500 Watts daytime power and 14 Watts nighttime power from a transmitter located in Ferndale, MI.